I think this title sounded even worse than the previous One Handed Healing.  Anyway, I promised that I’d follow up with a guide on one handed tanking, so here it is. 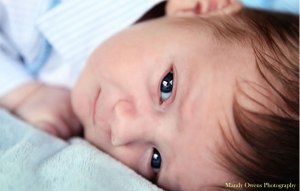 How can you say no to that?

Now, one handed healing and one handed tanking are two completely different things.  With one handed healing, you can get away with a little less movement, and in some cases don’t even have to face the target you’re healing.  On the other hand, tanking requires near constant moving, whether it be for positioning the boss/mobs, or moving out of the bad stuff.

As I had mentioned in One Handed Healing, I have a newborn son (my second son), and as you can imagine, it has taken a good chunk out of any of my gaming time (not that that is a bad thing, as I love being with my family 😀 ).  But when I am able to get on, I don’t mind taking care of the little guy, to give my wife a chance to hang out (usually in the evenings when the oldest is already asleep).  Well to do this, I sometimes have to hold him in one arm, while attempting to play with the other, and as you may have already guessed, that ain’t easy.

When it comes to one handed tanking, it’s not a matter of simply remapping some keys with Clique.   Instead, it is a mastery of the auto-run and “right-click + left-click” combo.  As you may already know, to run/walk ingame, you can use the mouse and click the right and left buttons together.  This will allow you to run in the direction that your camera is facing.  Since you are going to need to move and click buttons at the same time, this can get extra tricky.

Step 1 – Movement:
What I’ve learned, is to over compensate slightly when having to move.  Since you’ll be running in the direction that the camera is facing, be ready to move your camera in the direction you want to go, whether it be a full 180º or a quick 90º.  Do this prior to having to move, so that not only are you ready to move at the drop of a hat, but also it will allow you to be more situationally aware of the rest of the group, and what they’re having to deal with.  An added plus, is that you may not have to stare at the crotch of your favorite dungeon boss as much!  Now I normally overcompensate slightly anyway when moving a boss, simply to give the melee room to get comfortable.  This is especially important when one handed tanking, as you may not be able to move as quickly as you would have.

Step 2 – Abilities:
Paladin’s are very fortunate in their tanking rotations.  As noted on Honor’s Code’s blog the 969 rotation has become an easy standard for beginner paladins.  Though it has also become a standard rotation across the board with some exceptions and situational abilities.  This rotation includes the abilities below (quoted from his blog):

This looks complicated, though it can be macroed… I still prefer to not, simply because I like control over what buttons get pushed, cause you may be running low on mana, or have a mob running amok, and need to grab it.  What I have done, however, is place them convienently on my action bars, in a 2×3 grid with taunting abilities nearby (pic to come soon).

As with most boss fights, and trash pulls, you will be stationary for a decent amount of time (even if you have to move out of the bad stuff).  So it allows me to use each of the abilities as needed in the rotation.  I will say, that I won’t have as high a DPS or TPS boost as I normally would using both hands, but as I have mentioned in previous posts, communication can really help with this.  Paladins are also excellent at maintaining AoE threat, so that makes this a slightly less daunting task.  In addition I have made sure that I use the Glyph of Hammer of the Righteous to provide that extra target threat it provides.

Step 4 – Profit:
I hope this helps the other dads/moms out there who wish to continue experimenting with Paladin tanking, while still taking care of the little ones.

Have you ever had to awkwardly adjust to a situation, whether it be physical or in game?  Let me know in the comments.

One thought on “One handed tanking… sicko.”